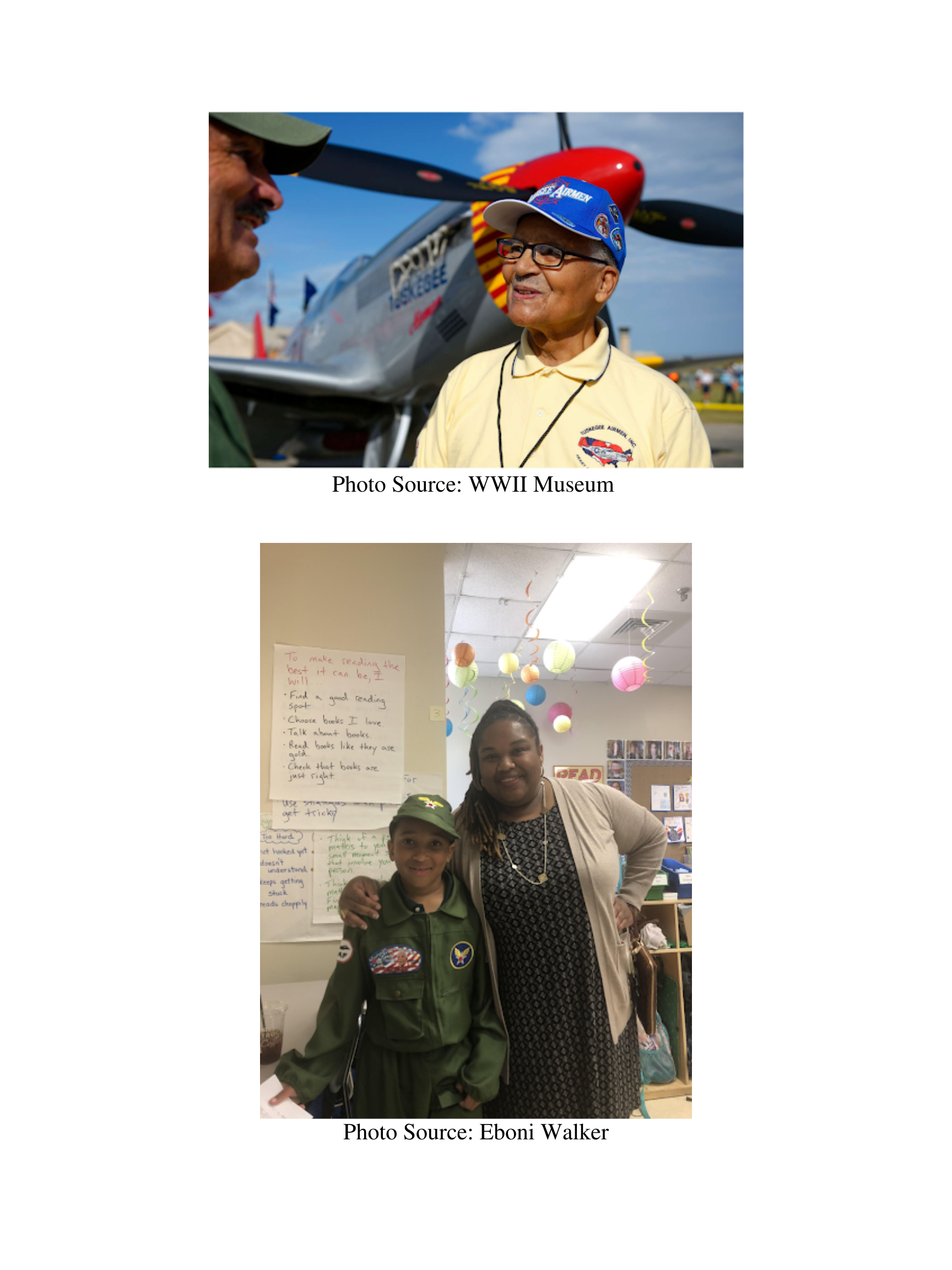 My third grader recently completed a biography project at school. Students were tasked with identifying a historical figure, learning about their contributions to our society, and then writing about them. The unit culminated with a Biography Day: a gallery of live commentary about many people we know – from Abraham Lincoln to Coretta Scott King, and even Steve Jobs.

The students were dressed in some way as the person they chose. Princess Diana dripped with jewels. Kobe Bryant sported a basketball uniform. My son wore a World War II era aviation cadet pilot costume, with a special patch honoring the late Brigadier General Charles E. McGee his grandmother had sewn on from the Boy Scouts of America National Capital Area Council.

As visitors passed by they asked, “Well who are you?” I was so proud to listen in while he shared.

“Hi! My name is Charles McGee. I was born in Cleveland, Ohio on December 7, 1919. I hold the record for most combat missions in Air Force history – 409 (130 in World War II, 172 in the Korean War, and 107 in the Vietnam War). These records still hold. I became a Brigadier General on December 20, 2019 – 13 days after my 100th birthday. I changed the history of black flight, especially with the records I hold. Thanks for listening!”

One of the last surviving Tuskegee Airmen, Brigadier General Charles E. McGee died January 16, 2022, at his home in Bethesda, Maryland, at the age of 102.  McGee was an Eagle Scout, a family man, active in his church and community, and committed to his craft as an aviator. He spent his lifetime amassing awards for his courage and excellence as a fighter pilot, and his outstanding service to our country and abroad.
During his celebration of life ceremony, McGee’s family recounted how he touched the hearts and minds of many, honoring his motto “do while you can.” Although there is not a book written about him yet, his story matters to the history of our country, and the legacy he has left behind, inspiring future generations to “Perceive, Prepare, Perform, and Persevere.”