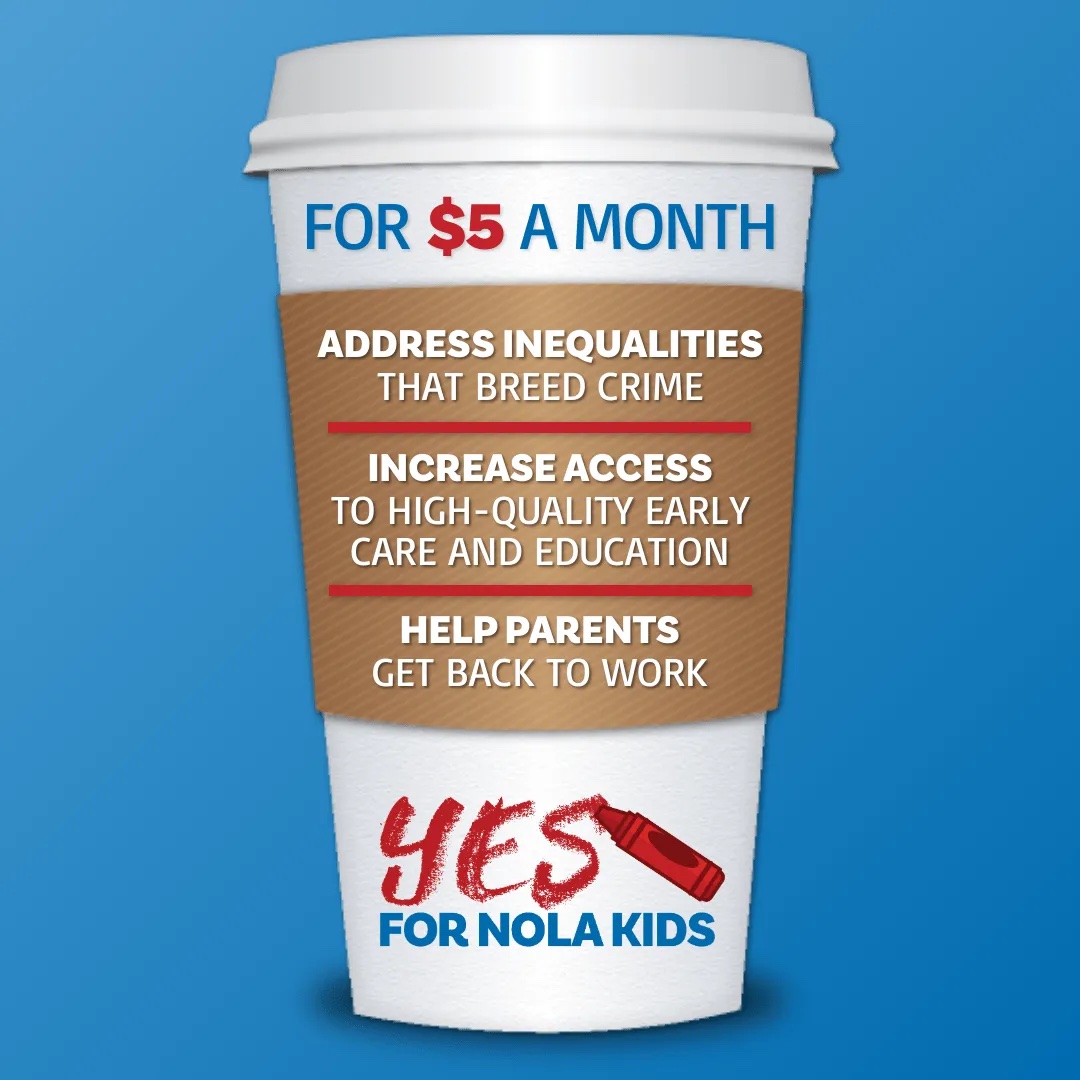 A panel of the nation’s leading researchers have found costs for early childhood education are worthy of investment. Transforming the financing of early care and education might actually bring parity to the under-resourced field.

Funding early childhood education and care calls for a shared fiscal responsibility from federal, state and local entities. Here in New Orleans, the City Council has recently voted to propose a new property tax dedicated to funding high-quality preschool seats. The millage would be considered by New Orleans voters in the city’s April 30, 2022 election and could directly fund roughly 1,000 early childhood seats, a vast expansion of the city’s current program.

The millage, if passed, would produce about $21 million annually over the next 20 years – that represents about $62 per household per year (for a home value of $200,000). When I think about that, it equates to a few cents more than $5 a month. That’s a venti Starbucks latte!

The National Power to the Profession Task Force reports, “Making this investment is making an investment in our nation’s essential infrastructure, as important to our collective existence as other public goods, such as streets and highways, clean drinking water, or sanitation—investments in which, by way of comparison, amount to roughly 2.4 percent of GDP.”

Quality early childhood education and care for all New Orleans kids will help them be prepared for kindergarten, learn to read, and be successful in school and life. We cannot count on the state alone to raise local matching funds. I hope we can offer up a chance for our future by saying yes for our children. Join in the chorus to raise funding for early childhood matters!